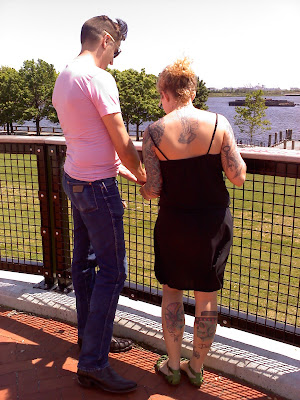 The lovely, and newly-wed, Richard and Wendi have commemorated their love for one another by putting a love lock up at the designated spot in India Point Park! They used an antique padlock that Wendi had been saving for a special art project, and considering how attached she was to it, I’m really honored that she contributed it to this! After they hung their lock, they walked down to the water, and tossed the key into Narragansett Bay… high-fives ensued.

Having just attended their wedding, I was especially excited to have them want to do it! Now they’re both off to Madison for Richards work, so it’ll be nice to have a little reminder of them here in Rhode Island.

I really should get on that invitation that I’ve been promising… And, I will, I swear! Until then, I hope you’ll get over to India Point Park and put up a lock of your own! 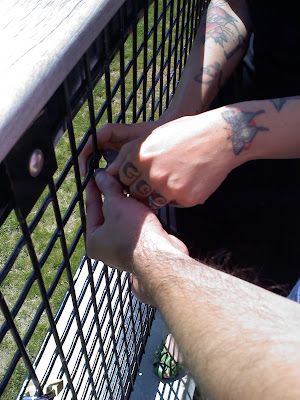