Our studio is becoming more and more like a botanical garden every day. This weeks big surprise is that the orchid cactus, which I’ve named The Audrey III, started blooming! It’s spectacular, and I can’t help but share a picture of it. 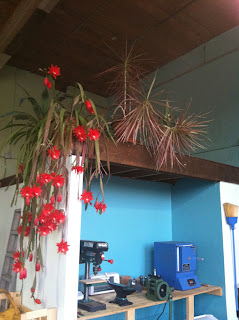 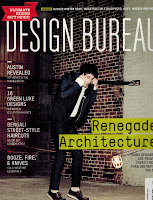 I’m excited to share that my Knuckle Dusters have been featured in this months Design Bureau Magazine!

It’s really neat to be included in Design Bureau, which connects a like-minded community of design enthusiasts across the world with one common idea: discovering great design and the people who make it happen.

Check out the image below highlighting my work. The article is from their gift guide , where my pieces were suggested for you to buy for your fashionable friend… 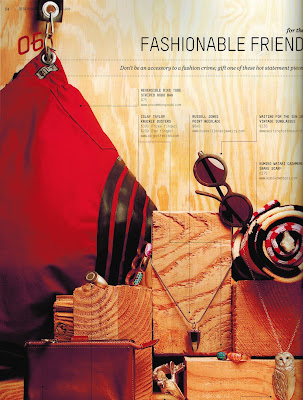 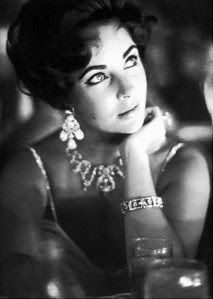 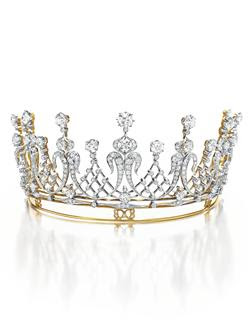 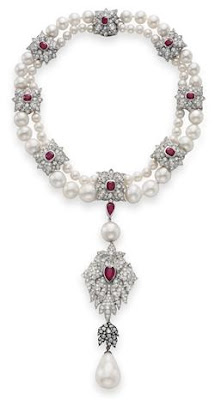 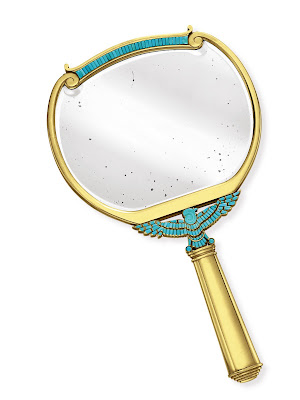 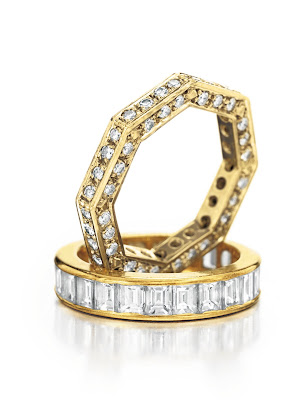 I love this new picture from Sienna Gallery, who is hosting The Opulent Projects exhibit, Costume Costume, through the 31st of August. 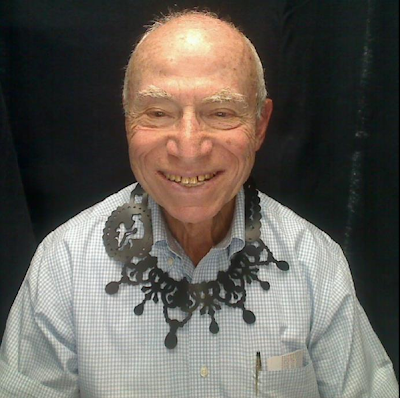 Alloy Gallery, who carries some of my work, has been invited to do a show at the Santa Monica Art Museum at the end of the month. I’m excited, because they’ll be bringing some of my neoprene work and my knuckle dusters with them to California for the event. The show is in conjunction with their annual fundraiser, ‘Incognito,’ which features contemporary artworks by 500 artists. Alloy will be taking over the museum store and selling works from their ‘pop-up’ gallery space.

For more information about the ‘Incognito’ fundraiser, click here.
For more information about Alloy’s pop-up gallery space, click here.
Also, Alloy is local… So if there are any Rhode Islanders reading this, you should stop by. They have a wonderful collection of art jewelry, and the owner Tamar is a phenomenal artist and knowledgeable gallery owner. 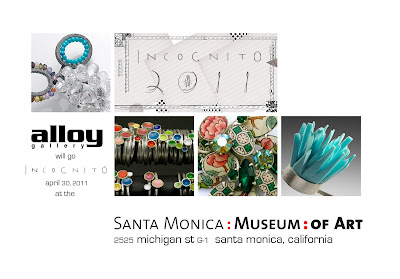 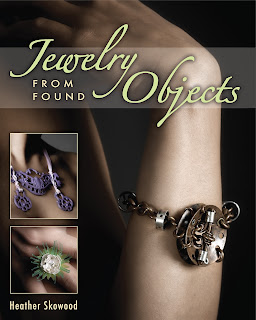 About a year ago, I was asked to participate in a book that fellow jeweler, Heather Skowood, was writing about jewelry made from found objects. Obviously, I was flattered to be a part of Heathers’ project, which focuses on the use of found objects, and recycled or reclaimed materials in jewelry. The book includes work by a grouping of amazing international artists whose work supports the books topic, and I have some work included from my RISD thesis show. In addition to being a curated collection of work, the book also features some how-to projects as well.

The book is due to be released from the publisher on March 11th, which is just around the corner! But, if you can’t wait that long, Jewelry From Found Objects is already available for presale on Amazon in the States and the UK. I can’t wait to check out the end result, and am excited for Heather’s accomplishment! 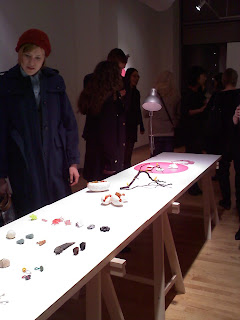 Tonight I went to the RISD Jewelry & Metalsmithing exhibit at the Sol koffer Gallery. It’s a great show featuring graduate student work, i’ll be going back tomorrow to take better pictures of the installation. Until then, consider this image as an appetizer and get you ass downtown to check it out! 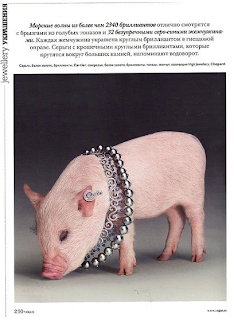 …ran all the way home.

No.
No, actually he didn’t.
This little piggy put on some eye-liner, donned some seriously jaw dropping Chopard earrings, and went to town. Now, that’s my kind of fairy tale!
The latest issue of Russian Vogue Magazine featured a story depicting a saucy little pig (think Babe meets a more refined version of Miss Piggy) flaunting Chopard jewelry. The lucky little pig got to wear a beautiful pair of diamond earrings as well as an exquisite silver parure.
Ignoring the questionable nature of piercing a pigs ears for the sake of fashion, this is an adorable set of pictures. Clearly, the message is that opulence is back and even the swine is worthy of pearls. 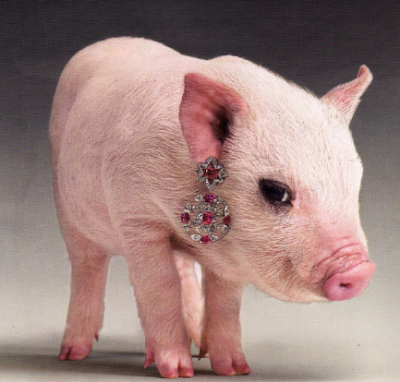 Follow my blog with bloglovin
So, I’m putting Evocative Objects up on Bloglovin’ in order to try to get a little more traffic. If you’re visiting for the first time (or second, or third), please follow my blog with one of the links to the right.
Thanks a lot!