While I was in Scotland, I discovered an interesting piece of traditional 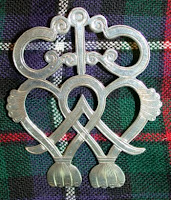 Scottish jewelry, luckenbooths. A symbol of love and devotion, luckenbooths are brooches that were given as a gift to a bride from the groom on their wedding day, and subsequently pinned to the shawl of their first baby in order to protect it from evil spirits and fairies.

These brooches feature either a heart topped with a crown, or two interlocking hearts with a single crown, thistle, or cross on top. Apparently, the original design for the luckenbooth came into Scotland with the Vikings about 800 AD.

In Celtic lore, the fairies, who were inordinately fond of human milk, often would steal the baby 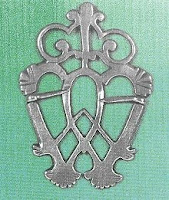 in a household and take its place. A luckenbooth pinned on the baby’s shawl protected the baby from the mischievous fairies.

These pieces have similar symbolism as the Irish Claddaghs, and it seems that the luckenbooths remain one of Scotland’s most romantic artifacts. I really fell in love with this token of devotion which also double as an amulet of protection, and ended up getting a tattoo of one while I was in Edinburgh! 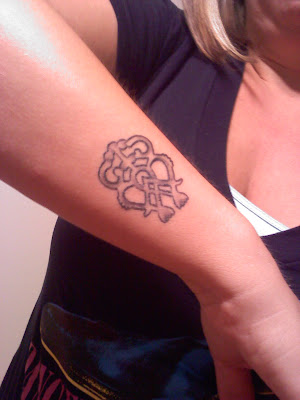