I’ve been working on an engagement ring for a couple that I absolutely adore. When I was approached about this project, the only guidelines that I was given was to do whatever I wanted and keep the cost low. What an amazing and intimidating opportunity! What I decided to do was to take all the gold scrap I had in the studio, alloy it into an ingot, and then roll it out to a thin ribbon. I’ve riveted the ribbon with a sterling silver tube, which will eventually have a diamond set in it. I’m officially over the intimidation, and am completely in love with this ring… here’s hoping that the couple likes it too!

I’ve been quietly poking around in my studio trying to reconnect with some unfinished pieces… At the same time, I’ve been hunting for inspiration and trying to shake the cobwebs out of my brain. During a recent reorganization of the odds and ends that I keep lying around, this necklace emerged… I’ll be putting it together shortly and can’t wait to see what other pieces emerge as a result of this one.

If you’re prone to seizures, you probably shouldn’t view this post. This past spring, my Pro Nailz knuckle dusters were featured in a Vogue Italia editorial. The article  has garnered a lot of attention for being a controversial photo shoot. The concept of saturated extravagance has been articulated through gender bending women sporting candy wrapper weaves,  cupcakes, and pounds of jewelry. This issue has been very difficult to get ahold of in the states, but I found these GIFs to share. To me, the models are combination of Priscilla Queen of the Desert and New York City club kids.

You can seem y rings being prominently displayed by the Guinevere, in the middle GIF.

The New York SOFA show was last weekend, and I was thrilled to have my work taken to the exhibit by Sienna Gallery and The Opulent Project. TOP organized a display called COSTUME COSTUME, which featured handmade contemporary jewelry by emerging artists who deal with the subject of adornment, costuming, and jewelry. TOP installed a photobooth in their space so that attendees of SOFA could don their favorite jewels and have their picture taken wearing them! I hear the lines were long for the photobooth, and that it was a ‘mindblowing‘ installation… Congratulation to The Opulent Project for having such a stimulating and successful exhibit!
I’ve selected some of my favorite photobooth photos of people wearing my work below. As I wasn’t able to get down to NYC this past weekend, it was great to be able to check out these images and to see people were enjoying themselves. 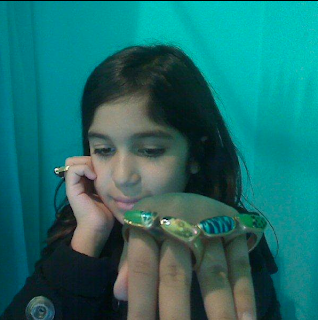 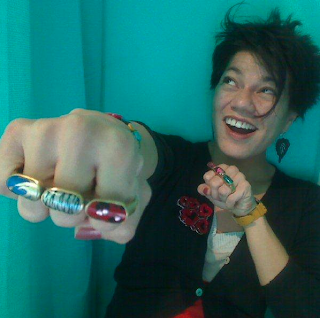 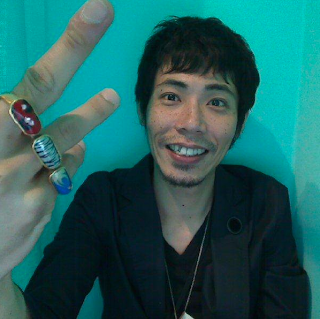 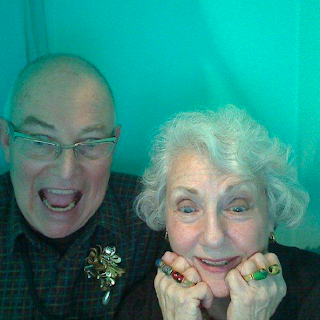 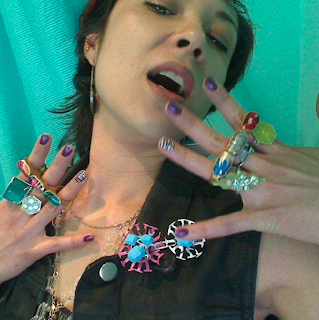 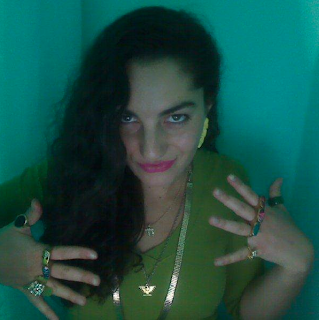 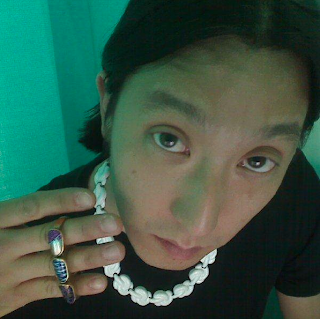 So, a couple of weeks ago I had some of my recent work documented by Maureen Keaveny… and I’ve just been dying to see what the photos look like. I just got an email from Maureen with a tantalizing image that has gotten me so amped up for the rest of the set. The image below is of one of my Mourning Necklaces being worn by Olivia. The necklace is made of horse hair, sterling silver, silk, and antique jet beads. After feasting my eyeballs on this, it’s going to be even more difficult to wait for the rest of the images! 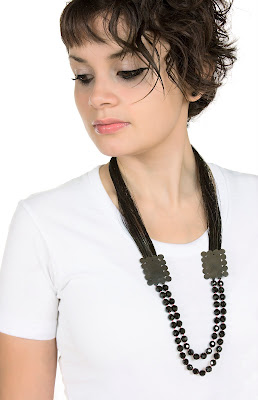